I thought I was done. I thought I'd kicked the habit. I'd put my polish memberships on hold, and I was doing fine.

And then you came along, with your sexy bottle designs and travel-porny concept and come-hither colors.

I couldn't help it: I had to have you. 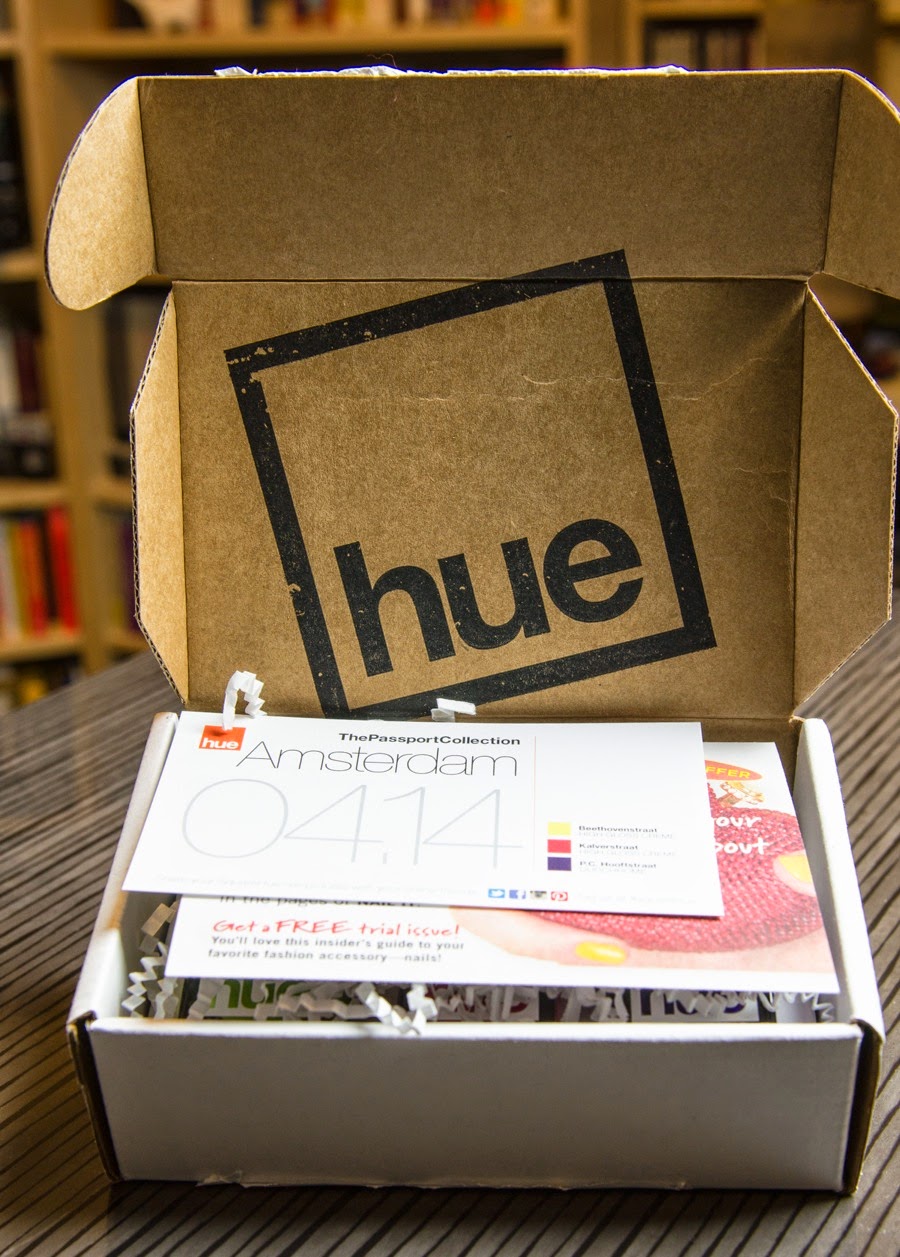 You're right up my alley: a nailpolish subscription service delivering three unique colors each month, whose "5-Free" formula is made without formaldehyde, toluene, DBP, camphor, or formaldehyde resin, and is never tested on animals.

Each month, you are inspired by a different city in the world, selecting polish colors that recall its location, and naming them after its notable streets, avenues, and thoroughfares. You've termed this concept The Passport Collection, leaving room for growth and future collections once you feel you've finished exploring the globe.

At $14.99 plus $5 shipping and handling per month, your pricing is reasonable and offers a great value. Plus you're taking 50% off the first box for signing up to your newsletter. You're generous, too!

Speaking of generosity, I love that you support The A21 Campaign to end human trafficking by donating a portion of the proceeds from our subs. 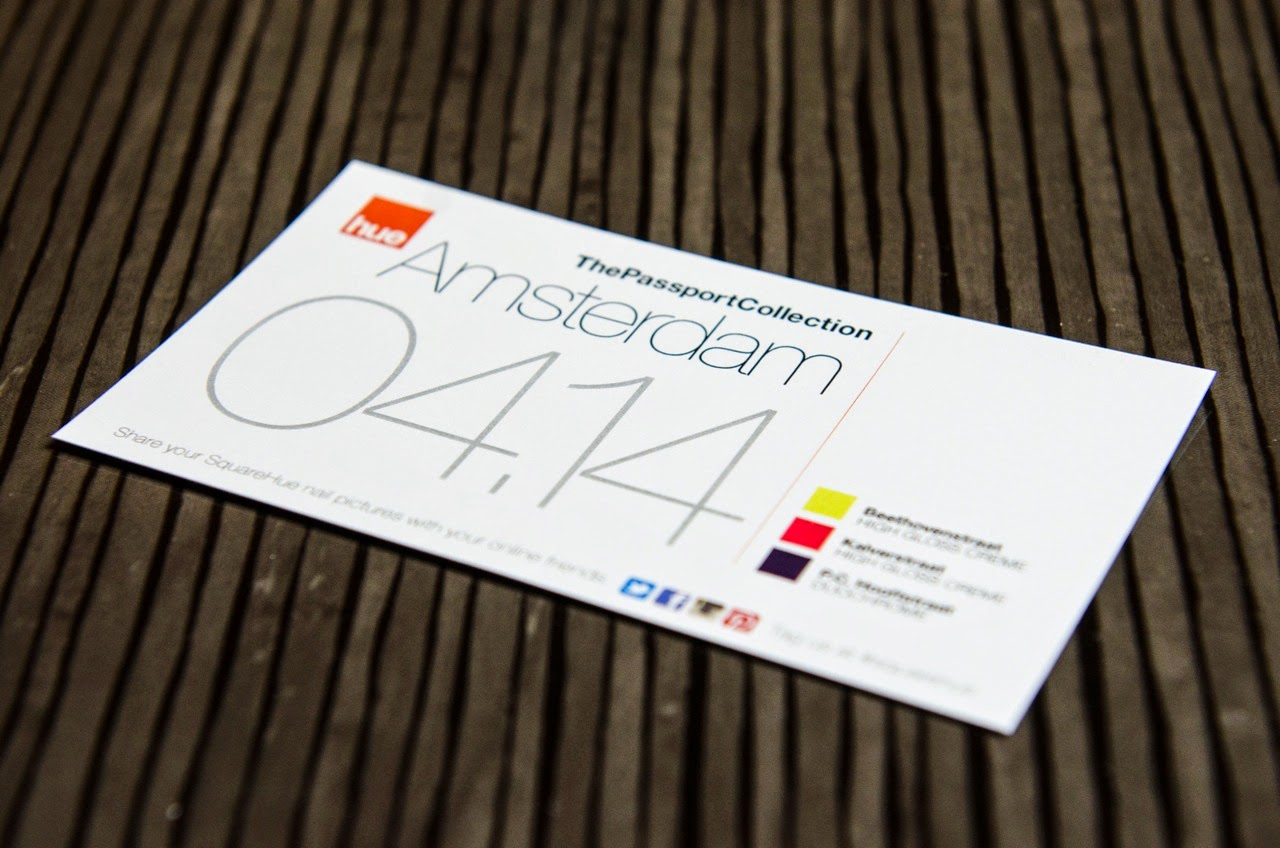 From your info card we get the name of the city we're visiting, the names of the polishes we're receiving, and that's it: you allow the colors to speak for themselves. 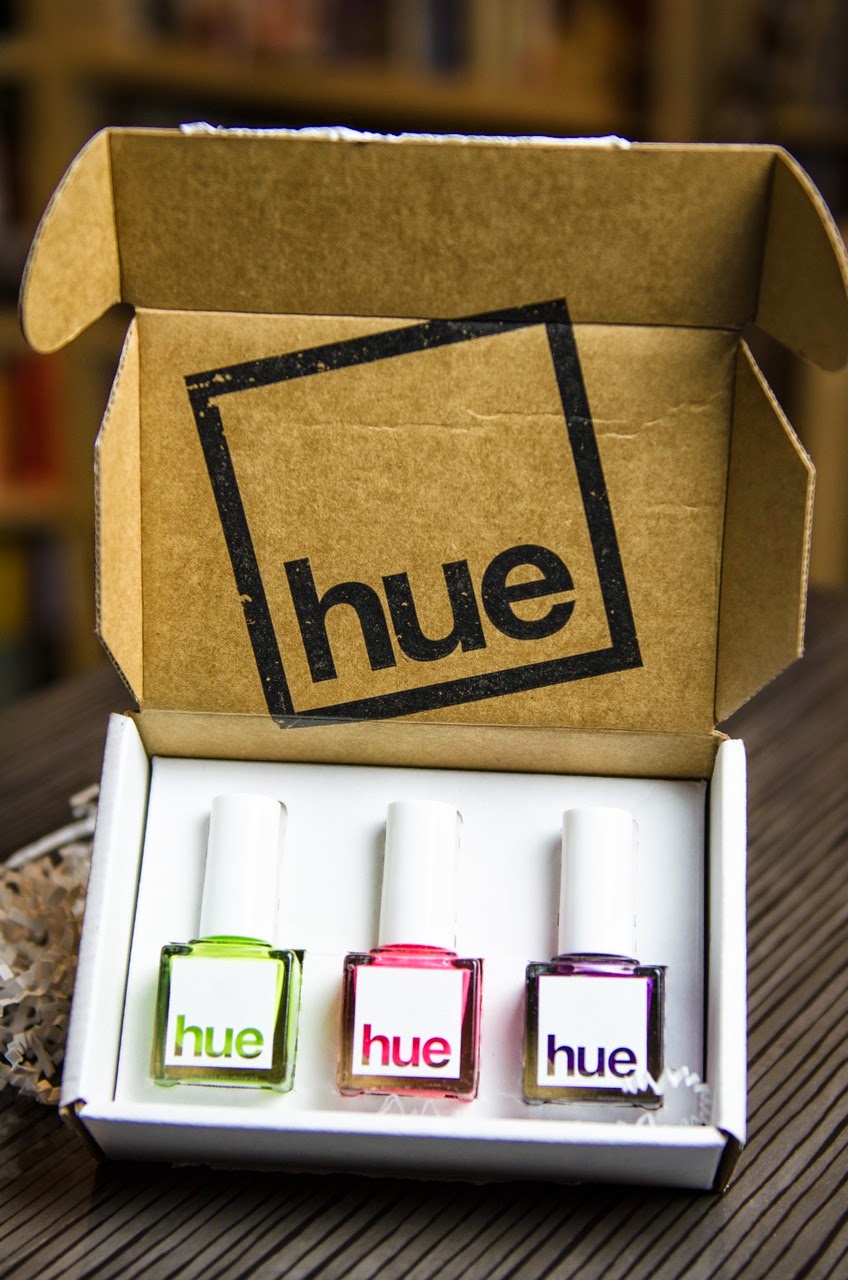 You're all about a minimalistic, visually impactful unboxing.

This month you took us on a trip to Amsterdam, the beautiful, old-world capital of the Netherlands. The word straat means street in Dutch (SquareHue, you're so worldly), and it's tacked on to the name of the street it's describing. So, for example, Beethovenstraat is Beethoven Street, and P. C. Hooftstraat is P. C. Hooft street. Neat foreign grammar quirks.

Beethovenstraat, in Amsterdam's upscale Apolloburt neighborhood, where streets are all named after painters, composers, and Greek mythology, is known for luxury shops and gourmet restaurants. It was named after the über-famous German composer Ludwig van Beethoven.

Kalverstraat, which means calves' street (apparently this was once the site of a cattle market), features the most expensive shopping in the Netherlands. 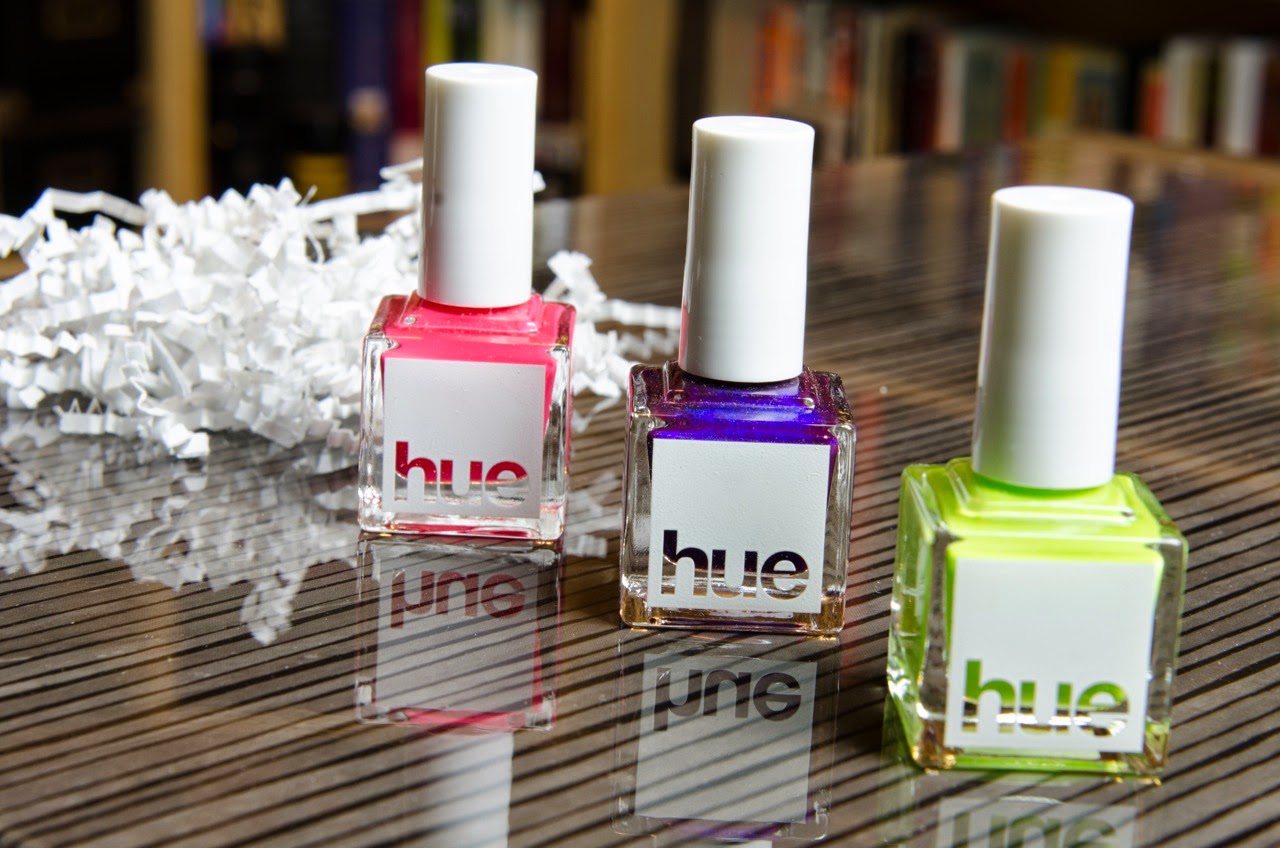 I've never been to Amsterdam, myself, SquareHue; but from the photos and Travel Channel shows I've seen, I'd say you did a great job of capturing the fusion of old world and modern edge that characterizes the Dutch city.

On top of taking me on an impressionistic virtual trip to Europe, you've given me brand-new polishes that look nothing like the dozens already overcrowding my dresser.  (P. C. Hooftstraat, that unreal, iridescent, inky-night-sky purple, is probably my favorite, but I'm totally inspired by all three.) You've rekindled my polish affair, and you know what?  I have no regrets.

So thank you, SquareHue, for bringing me back. I'm on board for next month, so I'll see you in Rio!

This post does not contain affiliate links, referral links, or other forms of advertising for compensation. Regardless, all opinions are my own and never affected or influenced by sponsorship. For full disclaimer and disclosure details, click the disclosure tab above.
at 5:49 PM