No, not in human years; I'm way, way past childhood on that timeline. But I'm not one to let that small technicality stop me from playing games, watching the occasional cartoon or animated show (Um, Avatar, anyone? EPIC.), orcollecting the odd toy here and there (I'm looking at you, Unicorno).

So when I found out Nerd Block was starting a toy-based kids' subscription, I naturally had to sign myself up, stat. 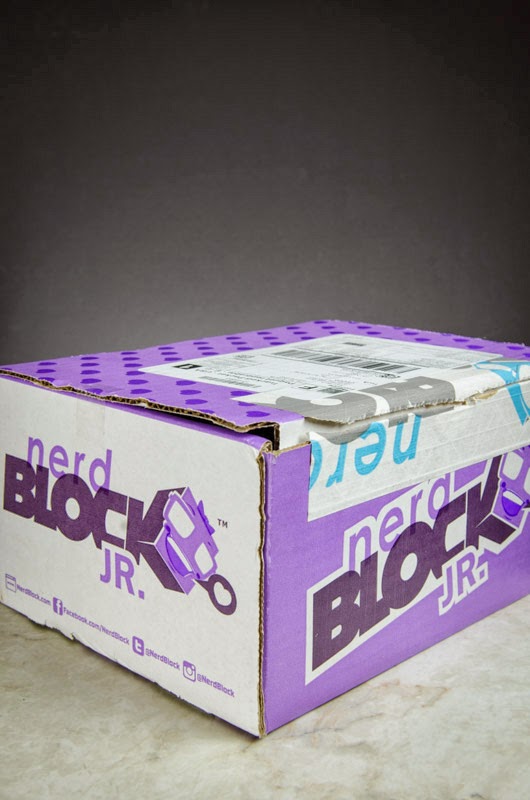 Are you familiar with Nerd Block? It's a monthly delivery of "epic geek gear" -- in other words, geek- and gamer-related collectibles, toys, figurines, and t-shirts. As a matter of fact, every month's box includes a t-shirt along with the rest of the goods.  Fun facts: Nerd Block is based in Canada, and has possibly the coolest promotional video ever -- more on that in a few.

Not content with catering only to adult geeky folks, about a month ago Nerd Block announced two spinoff boxes were in the works: Nerd Block Jr. for boys and Nerd Block Jr. for girls.  The Jr. box concept is the same as the adult  but designed especially with kids ages six to eleven in mind (not to mention the occasional sparkly-eyed, nostalgic adult -- ahem). And that awesome promo video? The Jr. version is awesome too: 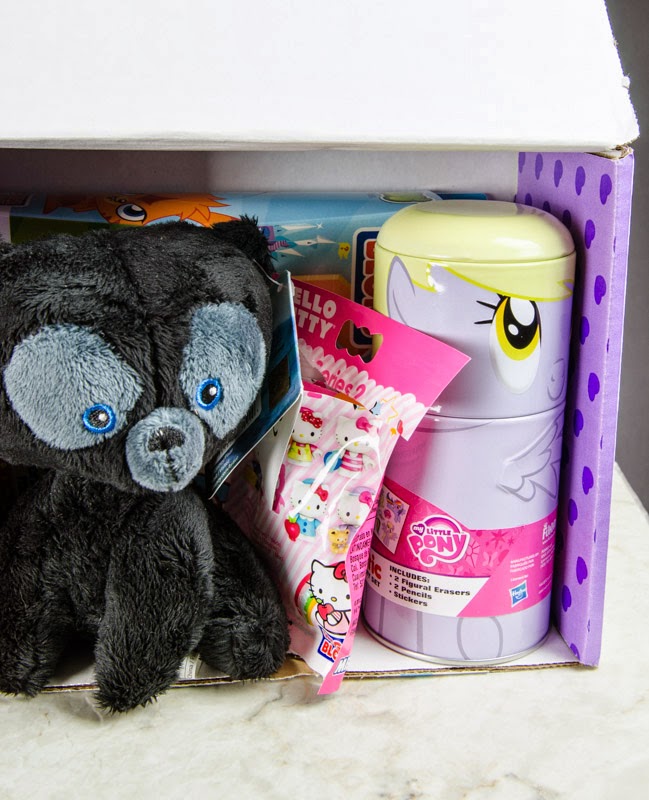 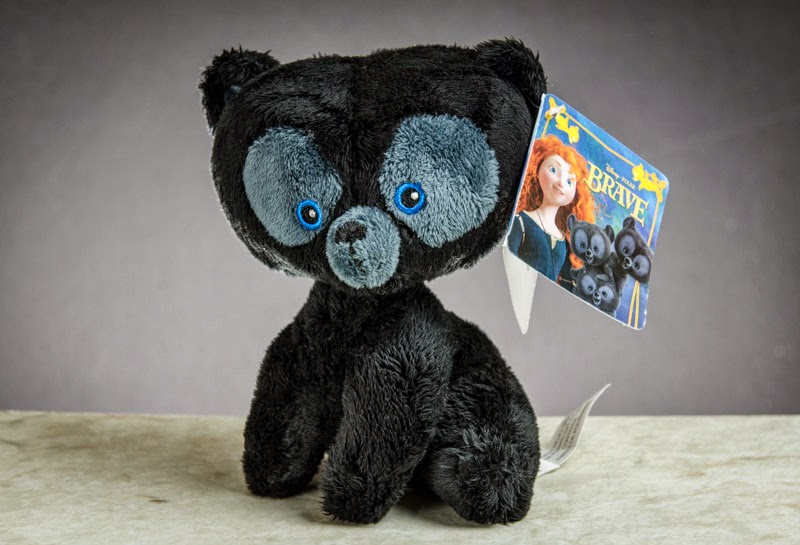 Harris Cub plush from Disney's Brave. About $11.00.
Who doesn't love a stuffed bear? Harris here is a pretty adorable little guy, and boasts Pixar pedigree to boot. He's about eight inches tall and quite fluffy. 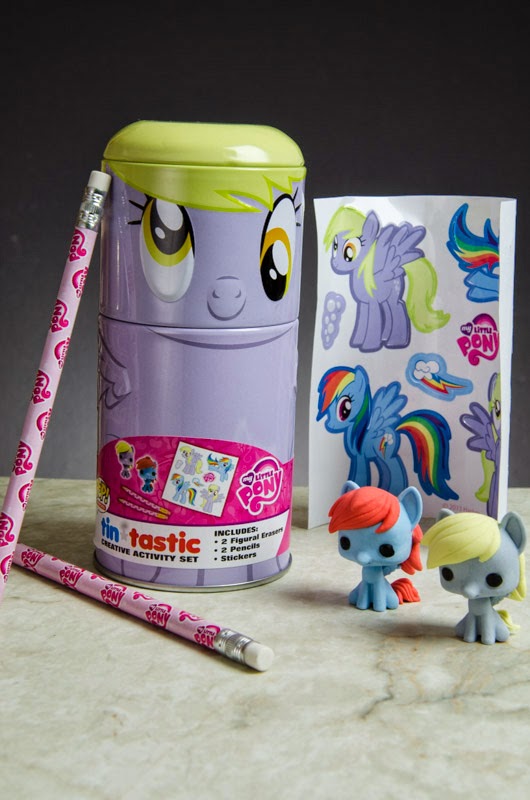 Funko My Little Pony Tintastic Creative Activity Set: Derpy. About $12.
Too much cuteness in one multipurpose tin! If I were eight years old, I would absolutely rock that Derpy tin as a pencil case for school. This guy comes with two pink My Little Pony logo-stamped pencils, a set of Pony stickers, and the two cutest Pony erasers known to man. 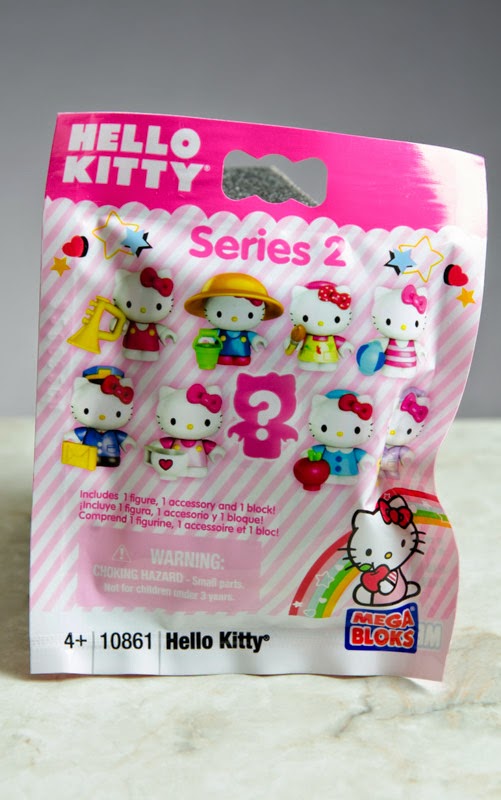 Mega Bloks Hello Kitty Mini Figure blind bag, Series 2. $2.95.
Since I'm a subscription and mystery box addict, it follows that I also can't resist a blind bag. This one promises to be cute, but that could it be? 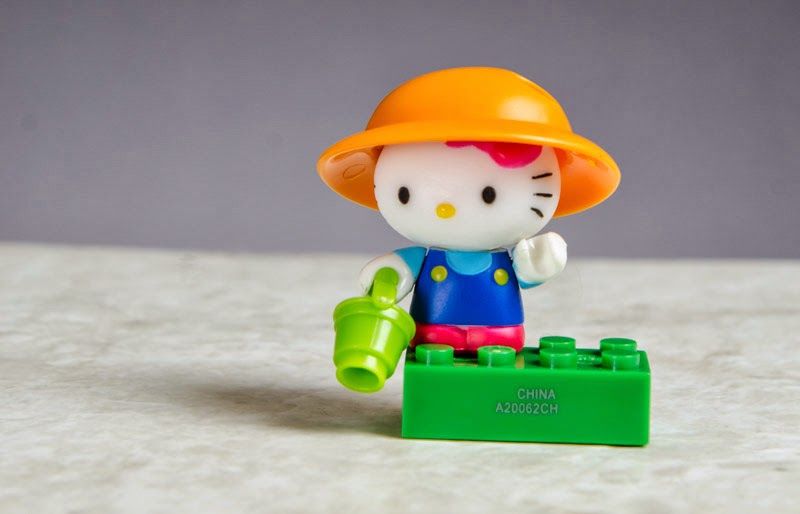 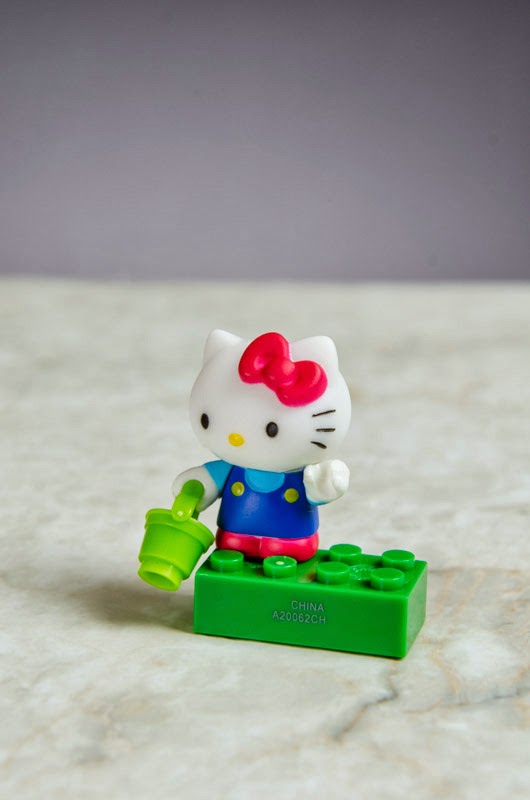 If there were fines for word abuse (and there probably should be), I'd be in trouble by the end of this post: this is, again, ridiculously adorable. FYI, Hello Kitty's bucket and sun hat are removable, her arms are poseable, and she can choose to stand on or off the green Lego grass block. 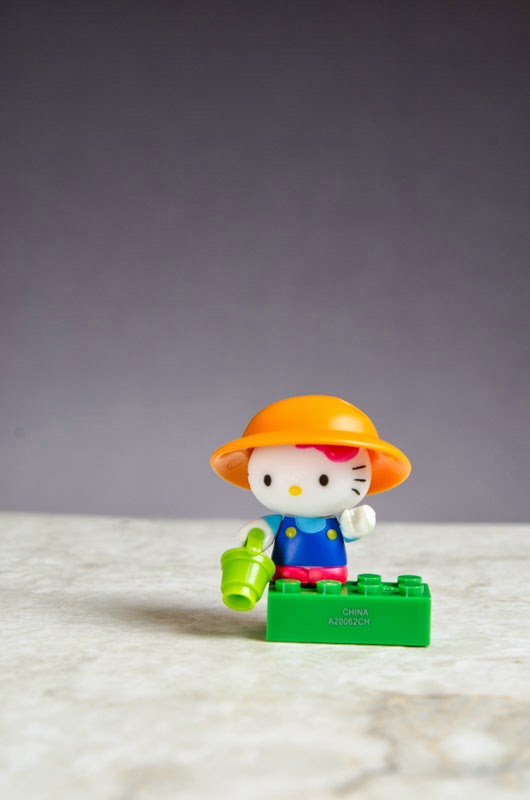 In other news, have you noticed the boyfriend/resident shutterbug stepping up his photography game? Look at that sweet bokeh and gradient background! (I've been noticing lately we sub box ladies seem to have unusually understanding, indulgent, and cooperative significant others. Coincidence? Hmm. I sense a totally off-topic speculative post brewing. Stop me!) 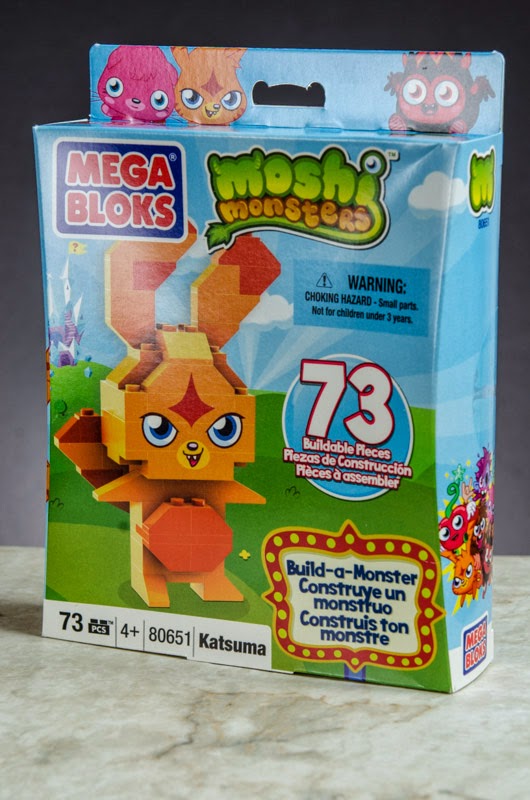 Mega Bloks Moshi Monsters: Katsuma. About $8.00.
I am totally unfamiliar with Moshi Monsters --they must've come along well after my time. Either way, the box holds all the blocks and pieces necessary to build Katsuma, the cute monster on the front cover. 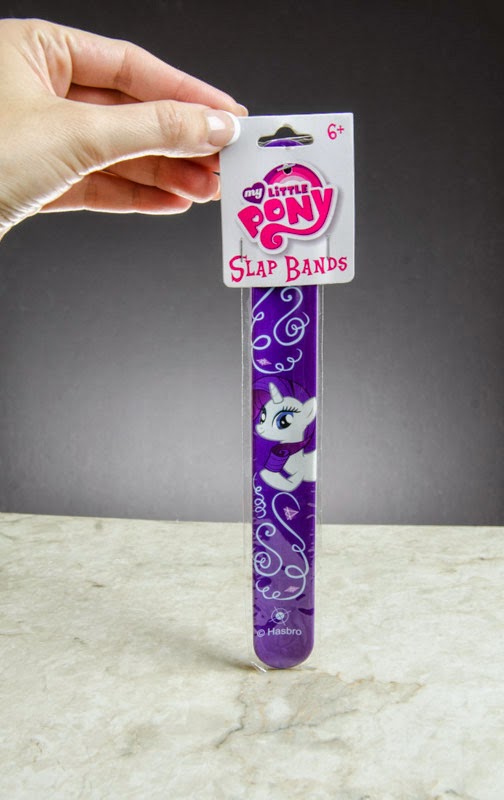 My Little Pony Slap Band. $24.99 for a set of 6 (so about $4.17 for one).
With the exception of the Moshi Monsters set and the Brave bear plush, this is such an 80s/90s-kid grab bag! This brought on such a wave of nostalgia. I used to love these things! So much mindless fun. My boyfriend and I took turns slapping these on each other's wrists probably for longer than we'd like to admit. The cool thing about the new and improved 21st Century slap bands is that, unlike the sharp, totally unsafe (but awesome), living-on-the-edge bands of yore, these are reinforced with a plastic cover. I've read online that the manufacturer (allegedly) has discontinued these bands, so they may actually be collector's items now!

The total value for this box comes to approximately $38.12, well over the subscription price + s&h. Not only that, I thought it was perfectly assembled to delight any little girl -- not to mention many of us who haven't really had a legitimate reason to visit a Toys "R" Us for quite some years now.

While I can't justify continuing to subscribe to Nerd Block Jr. (sniffle), I sincerely and enthusiastically recommend it for any little kid in your life. It's a really sweet, fun treat. Remember, there's also a boys' version!  If you'd like to learn more or sign up for a sub, click to check out the Nerd Block Jr. website.

This post does not contain affiliate links, referral links, or other forms of advertising for compensation. Regardless, all opinions are my own and never affected or influenced by sponsorship. For full disclaimer and disclosure details, click the disclosure tab above.
at 4:39 PM